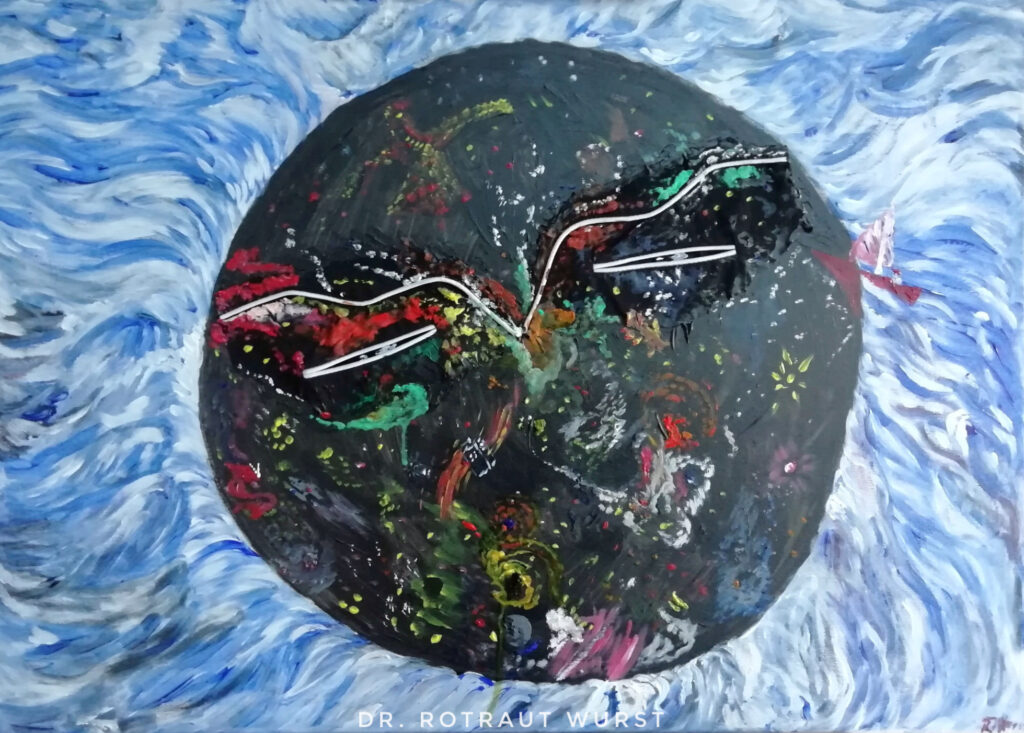 A meditation via zoom by James Young (queerzenmeditation, LOFT, New York, US) moved me to the canvas. The idea was to focus on the breath, forcing nothing, but to sail, like on the water between the shores. Yes, I began to sail. But then the shore became the event horizon of a black hole, and I sailed into a new universe, encountering the “Enterprise” 1Star Trek by Gene Roddenberry, US SyFy from 1966, the “Death Star” 2Star Wars by George Lucas, US SyFy from 1977 and the “TARDIS” 3Doctor Who, British SyFy series, idea by Sydney Newman from 1963. My breathing remained focused. But the images had changed. The possibilities had increased, for I was sailing “to new shores” 4“To New Shores,” film with Zarah Leander by Detlef Sierk and Douglas Sirk respectively, D film of 1937, “which no one has ever seen before.” 5Star Trek Enterprise with William Shatner, Leonard Nimoy, Nichelle Nichols. .