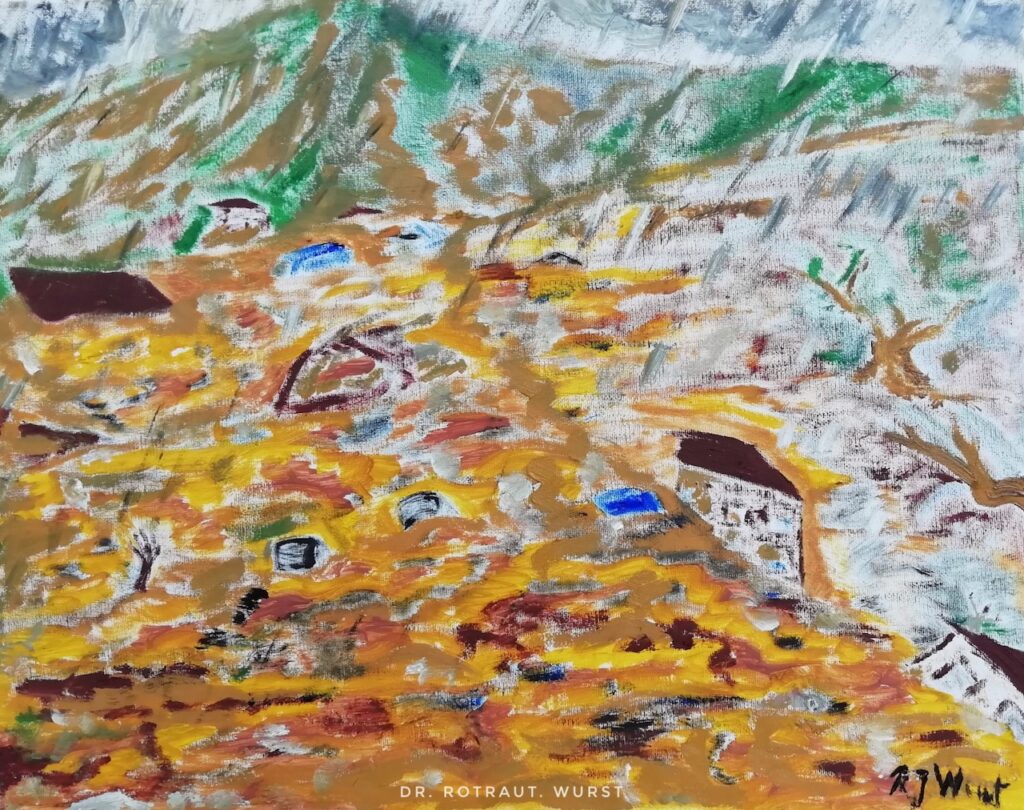 In Germany, but also in the Netherlands or Belgium, the torrents came and flooded everything. They swept away houses and cars, not to mention people and animals. That the climate is changing is known, that rivers can burst their banks and become raging floods in seconds, all of this has been known at least since my childhood.

In 1970 Jörg Zink wrote a text with the title “Die letzten sieben Tage der Schöpfung” (translates to: “The last seven days of creation”). It was published in “Die Welt hat noch eine Zukunft – eine Einladung zum Gespräch” (translates to: “The world still has a future – an invitation to a conversation”), Stuttgart, Kreuz-Verlag, 1971. Ever since I can remember, so since the 1960s, the news about floods in Bangladesh appeared on the ARD news program. Nobody thought about it, nobody assumed that it could also happen here. And the politicians laugh or talk but don’t change their views or take appropriate action.