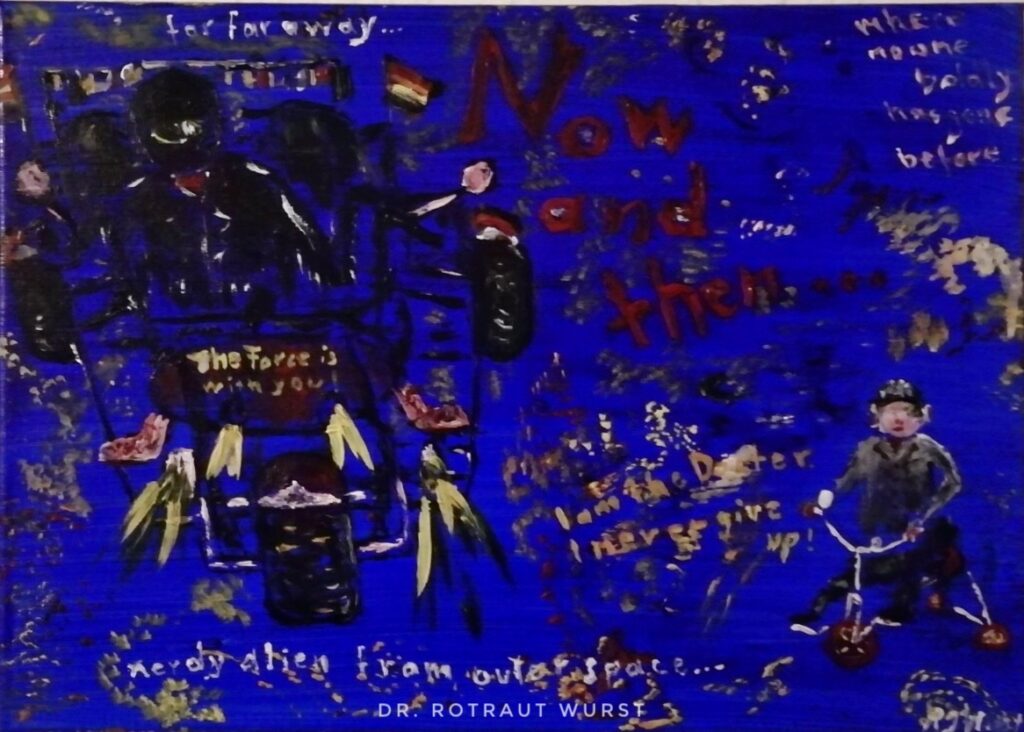 For as long as I can remember, I didn’t seem to fit into the image of what society considers common for a girl. Inspired by an old photo of me riding a tricycle when I was two and a half years old, I began to paint:
I was wearing a little gray coat and a cap, a baseball cap with a pepita pattern to be specific. I looked like a little boy. And according to my students, that’s still the case today. In other words: I still don’t fit into what is considered “female” or “woman”. But that has never interested me. I am a human being. Done. And according to the comments of some first graders who wanted to know exactly whether they should address me as “Ms.” or “Mr.”, I am “the coolest woman in the world”. Obviously, this is because I don’t fit into the system. The children understand that it is not necessary to fit into the system “female” – “male”. Other things are important. But not everyone sees it that way. Therefore, it helped me from an early age to escape into science fiction stories, like “Space Patrol”, “Star Trek”, “Star Wars”, “Doctor Who”, “into galaxies that no human being has ever seen before” or simply to fly through space and time, the further away, the better.

Today I no longer ride a tricycle, but – in the absence of a spaceship or a time machine – a trike. And if I don’t ride a trike, I wear a baseball cap instead of a helmet. Has anything changed….?
Not much.