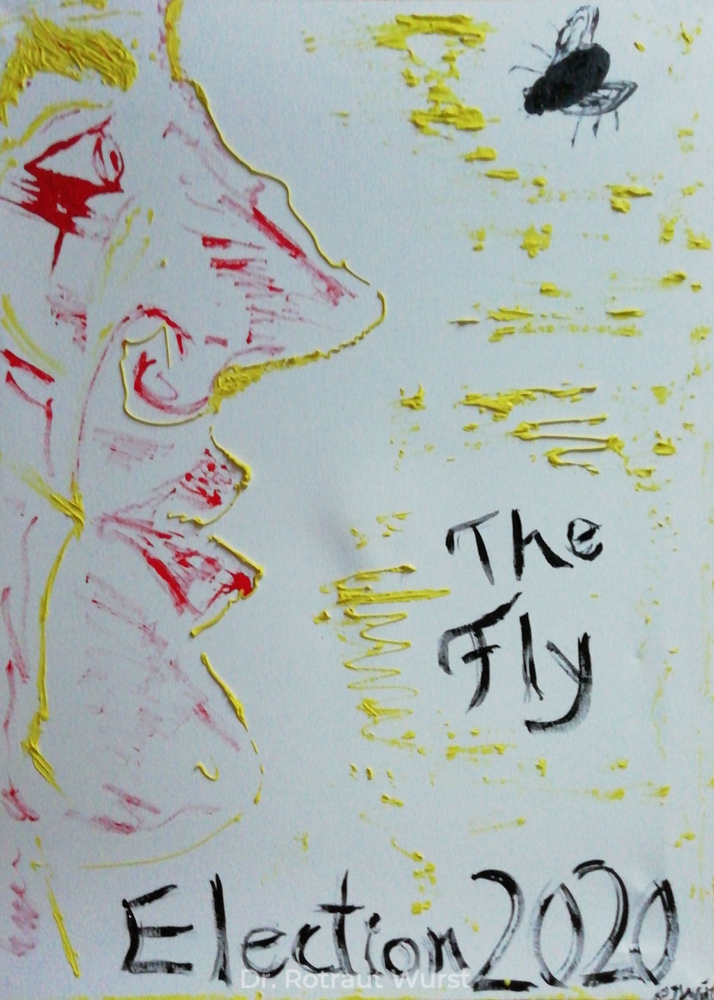 During a debate for the vice presidency, a fly landed on Pence’s forehead, which immediately became a globally discussed topic. According to social media, that fly had already decided the election.

That inspired me to capture a frightened look on Trump’s face, staring at the fly.